The Somali native, who’d sought refuge from the Horn of Africa country’s armed conflict in South Africa and then in the United States, was among 12 people killed by a car bomb that exploded outside a restaurant on Mogadishu’s busy Maka Al-Mukarama road last Thursday.

Hassan, 29, with a wife and 6-year-old daughter, had failed in a bid for U.S. asylum. He had spent all of his nearly two years in the United States in the custody of U.S. Immigration and Customs Enforcement (ICE) before being returned to Somalia in January 2017.

“What is hurting the family is that Ahmed endured and suffered during his journey to America, and eventually he got deported to Somalia,” his older step-sister, Fatima Salah Hassan, told VOA’s Somali Service in a phone call late Sunday. She said she and other relatives didn’t understand why he was sent back to his homeland, given the country’s insecurity.

“The unfortunate thing is, in Mogadishu, we’ve had 30 years of civil war,” she said.

At a campaign rally last week in Michigan, President Donald Trump accused immigration attorneys of coaching their clients to tell U.S. officials, “I am very afraid for my life.” According to a Mediaite account, the president suggested lawyers were promoting exaggeration of any dangers. “It’s a big, fat con job, folks. A big, fat con job.”

Hassan was among at least 350 Somalis returned from the United States from 2017 into mid-2018, VOA’s Somali service calculated, based on interviews with Somali immigration officials and deportees.

Fatima Salah Hassan said Somalia’s insecurity had prompted her brother, the youngest of eight siblings, to leave for South Africa in 2005. He first went to Port Elizabeth on the continent’s southern tip, then moved to Johannesburg, working for convenience stores.

But South Africa proved unsafe, too, with xenophobic attacks on foreigners surging in early 2015. Fatima Salah Hassan and one of her brother’s friends, Hassan Abdullahi Aalim, said killings there prompted Hassan to set out for the United States that spring.

In May, he arrived at the U.S. southern border, requesting asylum at the crossing in Brownsville, Texas. The following January, an immigration judge in Oakdale, La., denied his request at a court hearing. Before and after the decision, Hassan was held in ICE custody.

In January 2017, “he was removed from the U.S. after receiving appropriate legal process that found he had no lawful basis to remain in the country,” ICE reported in an email to VOA. 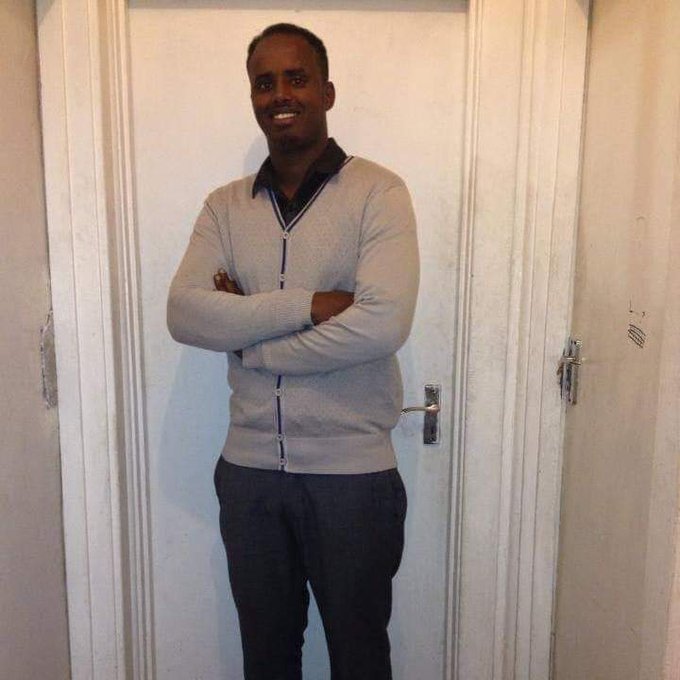 Ahmed Salah was one of the victims who died in today’s attack in #Mogadishu. Ahmed was recently deported from USA. I met Ahmed in South Africa 7yrs ago bt immigrated to #USA during 2015 xnephobic attack in #SouthAfrica since thn he was in journey passed through 10 countrie…. pic.twitter.com/hm9tCAuqNd

Since his return to Mogadishu, Hassan had been unable to find steady work, Fatima Salah Hassan said. On the day of the explosion, he had gone to meet friends and was considering a move back to South Africa, she said.

Aalim, who befriended Hassan in South Africa and now lives in Mogadishu, remembered the bombing victim in a Twitter post. He noted his sadness that “Ahmed escaped Xnephobic in SA to seek better life in #USA.”